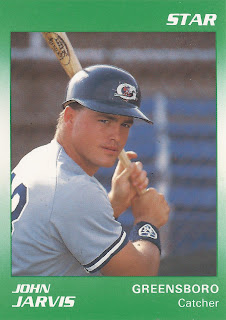 For 1991, Jarvis made high-A Prince William, but his playing time was brief. He got into just 30 games and hit just .165. It was his final season as a pro.