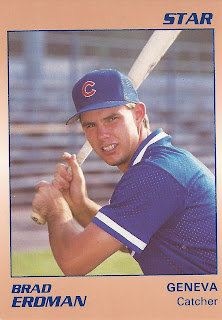 Erdman did stay with the Cubs organization, but it lasted just one more season. In 1996, he made AAA Iowa, getting into 57 games, but he hit just .157. It was his final year as a pro.