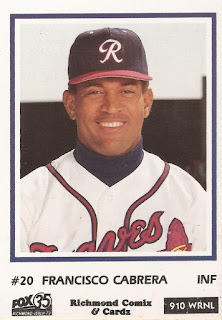 Cabrera returned in 1998, for that comeback with independent Albany-Colonie. But that lasted just 15 games. In 2003, he tried the Canadian Baseball League, with London, finishing out his career.