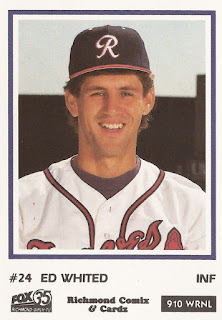 Whited's final outing came Oct. 1. He didn't make it back. Whited played in just one more season, back at AAA Richmond. He hit .248, ending his career.