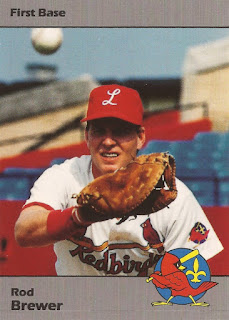 Brewer hit .320 with Amarillo that year. He was then recorded playing in the Mexican League for 2000 and 2001, ending his playing career without returning to the majors.