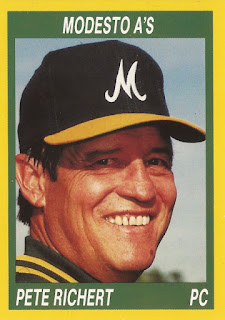 "The kid is unbelievable," Richert told The Chronicle. "He's got great action on the ball, he keeps the ball down and everything moves -- and he's a great kid. He battles and fights. Oh yeah, Tim could pitch at the next level -- he's done what he can do here."