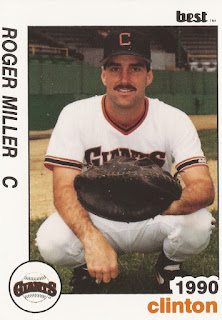 Roger Miller had been turning heads on the baseball field since he was at least 14 and he kept doing so through college, according to The Sarasota Herald-Tribune.

"The kids we have are friends outside of here," Miller told The Herald-Tribune of his team that year, "go to school together, the parents are friends and have team parties together . . . Our chemistry is great."