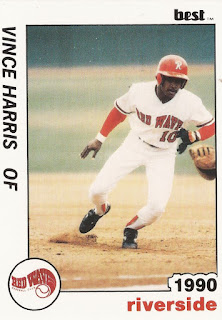 The strike over, Harris returned to independent ball, with Abilene, hitting .312 for the Prairie Dogs. He played 1996 with the independent Grays Harbor Gulls of the Western League and he was done.