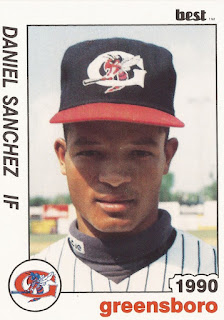 Sanchez isn't credited as playing in 1992, but he is recorded as coming back for one final look in 1993. He got 26 games back in the Gulf Coast League with the White Sox, ending his career.