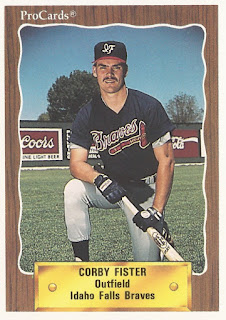 Corby Fister showed up big in this March 1989 college game. Actually, a big inning, according to The Tulsa World.

Fister went on from Southwest Missouri State to play as a pro. He ended up playing a single season, hitting just a single home run.

Fister's professional career began and ended in 1990, signing with the Braves as an undrafted free agent out of Southwest Missouri State. He played his high school in Poplar Bluff, Mo.