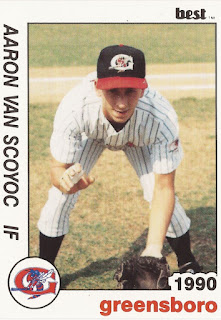 He played 1991 between Greensboro and high-A Fort Lauderdale. He had a ninth-inning, game-tying double in a June game. He hit .244 overall. It was his final season as a pro.