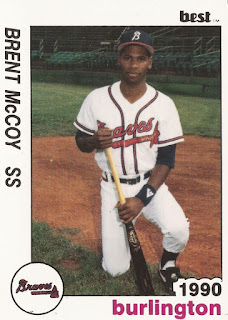 Brent McCoy was described as the MVP of the game.

McCoy later returned to his native North Carolina, where an autograph collector caught up with him in 2013.