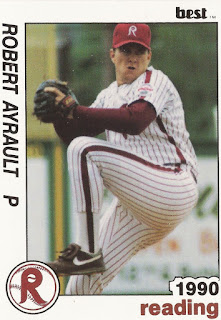 "They're both one step from Triple-A," Ayrault told The Eagle. "Up there (in the bigs) there's consistency, but there's not that much difference. They're up there because they get the job done.

These days, Ayrault is back in his native Nevada, coaching youth baseball.