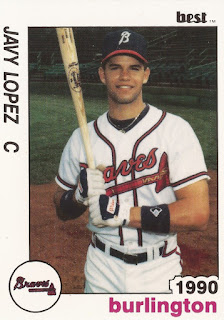 Javy Lopez got that pitch right down the middle of the plate and, when he was done with it, the game was tied.

"He was a fan favorite in Atlanta," Jones told MLB.com. "Everybody loved Javy. His teammates loved him. He was a great guy."