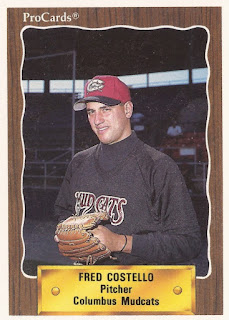 A career minor legauer, Fred Costello signed with the Giants for 1994. Not only did the move take him to his hometown organization, it also, he hoped, might help him accomplish something else, according to The Tucson Citizen.