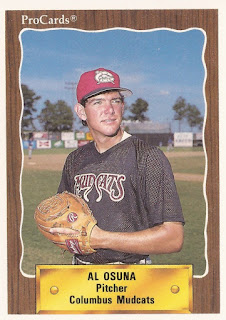 A trip to the 1987 College World Series championship game on the line and down by three quickly, Stanford couldn't wait. So, in came relief pitcher Al Osuna - with one out in the first.