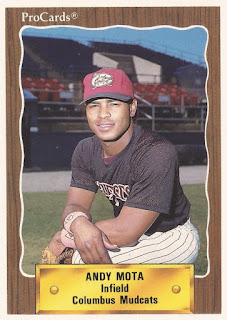 "This year in Spring Training, he was in my office," Mota recalled to MLB.com in October 2007, "and he said, 'I'm going to hit 30 homers, and I'm going to be MVP.' I said, 'MVP of the team?' He said, 'MVP of the league.' We kind of laughed it off, but it showed how confident he was. He was unbelievable this year."