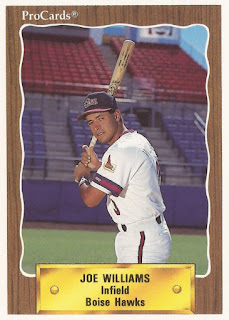 The Boise Hawks scored 10 runs in this August 1990 game and Joe Williams accounted for two of them, according to The Spokane Spokesman-Review.

Williams scored twice in the contest, including once in the fourth when Williams led a series of three singles to score the game's sixth run, The Spokesman-Review wrote.

Williams started with the Angels, taken in the 23rd round of the 1990 draft out of New Mexico State University.