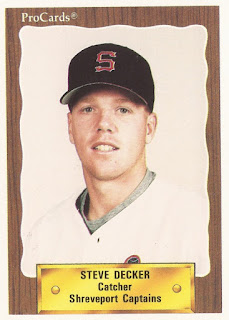 Coming off a season in 1990 where he made his major league debut, Steve Decker spoke to The Spokane Spokesman-Review and looked ahead to 1991.