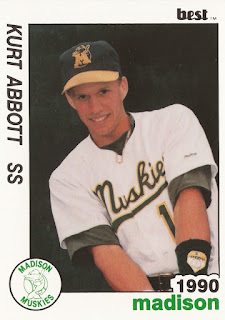 Kurt Abbott made his major league debut in September 1993 and he soon made his presence known.

Abbott got into one more major league season, getting six games with the Braves in 2001. His last professional game came in 2003, at AAA Memphis.