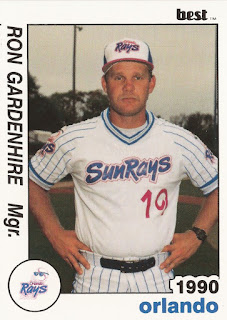 In his first nine seasons as Twins manager, Gardenhire's Twins finished no lower than third place and finished first six times. His teams fell on harder times in later years, finishing fifth twice and fourth in 2013.

"As a manager, your job is to get the most out of a team and the players," Gardenhire told Yahoo!. "Put them in positions they can be successful and make it a comfortable atmosphere with some semblance of consistency and an idea we do things a certain way here."