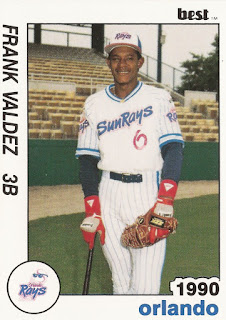 As August ended, and his career neared its end, Valdez smacked three hits, one of them a home run. He finished the year with a .341 average, ending his career.