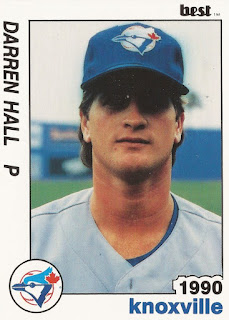 New Dodgers addition Darren Hall started off hot in spring 1996, going six outings without giving up an earned run, according to The Los Angeles Times.

Hall, though, ended up starting the year with the team, and ending it. He ended up getting into 63 outings for the Dodgers that year, posting a 2.30 ERA. He then returned to the Dodgers for 1998, getting into 11, ending his big league career.