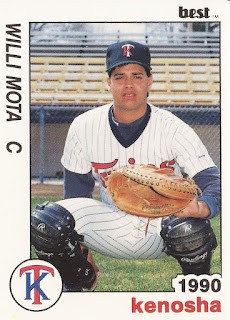 Mota's career began in 1988, signed by the Twins as a amateur free agent out of his native Venezuela. His name is spelled on his Best card Willi Mota.

He hit .234 that season, including a game-tying single for Nashville in May. But it was his final season as a pro.