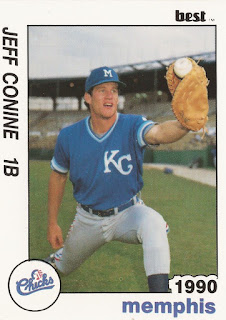 Conine played with the Marlins for two more seasons, then went through four other organizations, ending his career in 2007. In spring 2008, Conine signed a ceremonial contract with the Marlins, so he could end his career with them. For 2015, Conine is continuing with the team, as special assistant to the president.

"To go from the beginning and where we were in 1993, a rag-tag organization," Conine told The AP upon his retirement, "to winning a World Series, that's something very special."