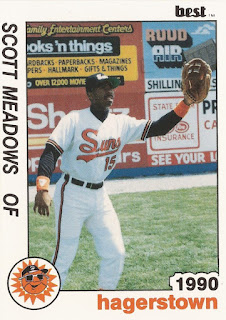 By the end, Meadows hit .317 for Hagerstown with 14 RBIs. But it was his final year in affiliated ball. Meadows went on to finish out his playing career with two seasons in independent ball, with St. Paul and Duluth.