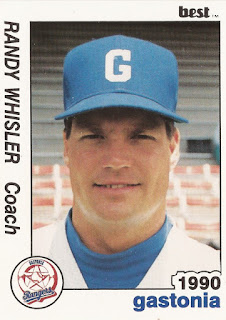 More recently, Whisler has been back in Oklahoma, working with The Bullpen as an infield instructor with the Whisler Infield Academy.