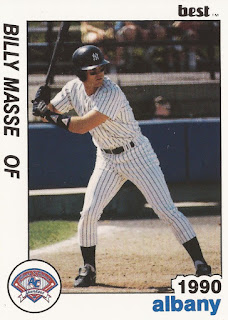 In addition to his work in the minors, Masse also owns and instructs at a baseball school back in Connecticut, called Baseball City.