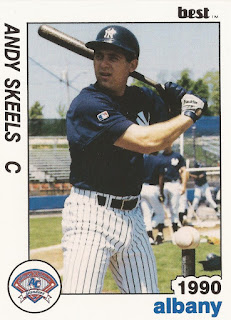 Skeels has since moved on to serve as a hitting coach and manager in the minors. By 2008, Skeels was manager at single-A Augusta. For 2011, Skeels moved to single-A San Jose. He served as hitting coach at AAA Sacramento for 2015.