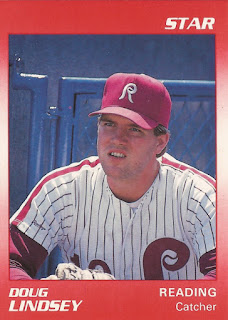 Lindsey's career lasted just one more season, with the White Sox at AAA Nashville and with the Orioles at AA Bowie. He hit .244 between them, but didn't get another call to the majors.