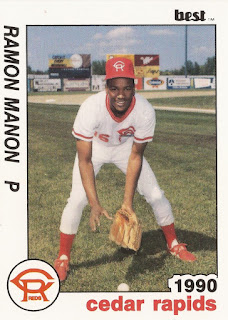 Manon is credited with time in one more season, a single 4.2-inning appearance in 1991, ending his professional career.