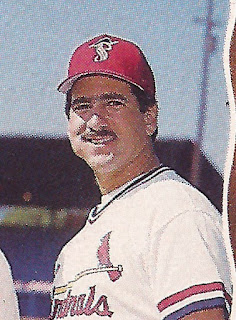 The Montreal Expos were pushing for the playoffs in September but they couldn't get past a rookie pitcher by the name of Andy Rincon.

"It was too much Rincon," Expos manager Dick Williams told The Citizen afterward. "The kid showed he can pitch. He changed speeds effectively and he had an excellent slider. We couldn't get to him."
Rincon continued pitching well into 1981 until a come-backer derailed his promising career. The come-backer came in his fifth start the next year. It got him in his pitching arm and broke it.

"The broken arm kind of put everything on hold," Rincon told The Pittsburgh Press later. "I hadn't had any kind of bad fortune until then." 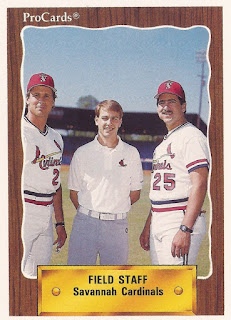 Rincon spoke to The Press in spring 1984 as he tried to make a return to the majors with the Pirates. After breaking his arm, Rincon returned to the majors for 11 more outings in 1982. He didn't return again.

Rincon's career began in 1977, taken by the Cardinals in the fifth round of the draft out of St. Paul High School in California.

Rincon started with the Cardinals at rookie Calgary. He made single-A Gastonia for 1978. He played 1980 at AA Arkansas, getting his first call up to St. Louis that September.

He got four starts with the Cardinals that year, going 3-1, with a 2.61 ERA. He then returned for those five starts in 1981, ending with his broken arm.

Going into 1982, Rincon tried to focus on what was ahead, he told The St. Petersburg Times.

"Last year is water under the bridge," Rincon told The Times. "Right now I want to worry about this year. I think it's good to concentrate on what you're doing now."

Rincon then returned to the minors. He had a brief 1983 at AAA Louisville, getting into just six games. He then played 1984 with the Pirates between AA Nashua and AAA Hawaii. He's then credited as playing briefly at single-A Fresno for 1988 and AA Arkansas for 1989, ending his career.