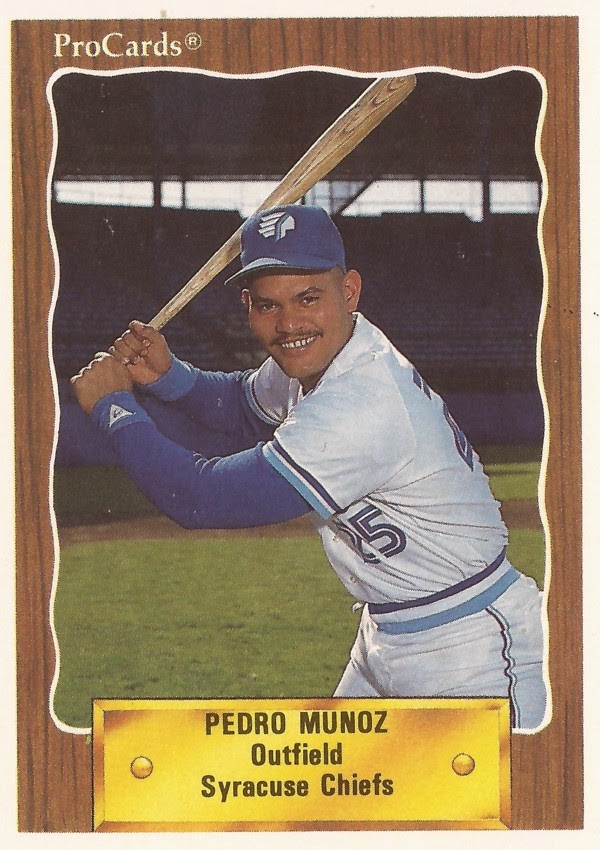 Pedro Munoz brought a long night to a sudden end in this September 1993 game, according to The Associated Press.

The Minnesota Twin Munoz hit a walk off home run to end the game. It was the bottom of the 22nd inning.

"It's always a great feeling anytime you hit a home run to win a game," Munoz told The Associated Press, "but I wasn't trying to hit a homer. I was just trying to get on base because (Dave) Winfield was up next."

Munoz' career began in 1985, signed by the Blue Jays as a free agent out of his native Puerto Rico.

Munoz started in the rookie Gulf Coast League. He moved to single-A Florence in 1986. He made AA Knoxville in 1989. He made AAA Syracuse in 1990.

Munoz moved to the Twins organization in a July trade. It was that September that he made his major league debut. Munoz got into 22 games for the Twins that month, hitting .271.

He returned to the Twins for 51 more games in 1991, hitting .283. That June, Munoz started the game and he hit a grand slam in the first inning.

"Pedro got us off to a good start," Twins manager Tom Kelly told The AP afterward. "Did any of you think that ball was going to go that far? It just kept going. Man, he hit that ball."

Munoz moved to the Athletics for 1996. That May, he hit a ball 463 feet for a home run at Camden Yards, according to The Baltimore Sun.