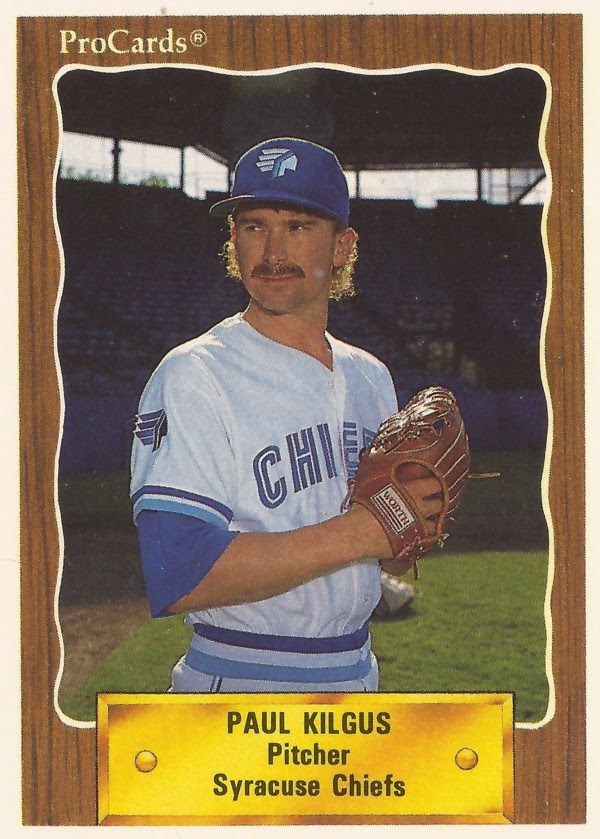 Speaking to his hometown paper in 1991, Paul Kilgus was upbeat. He had pitched in 38 games for Baltimore that year, but the left-hander's career seemed to be on the downward slope.

Kilgus knew that, as a left-handed pitcher, his services would be in demand.

"If I was a right-handed shortstop, my career would probably be over by now," Kilgus told the Bowling Green Daily News that October. "But a left-handed pitcher who can throw strikes can always find a job."

Kilgus began his professional career taken by the Rangers in the 43rd round of the 1984 draft out of the University of Kentucky. He made AA Tulsa in 1986 and AAA Oklahoma City and then the big club in 1987.

In July 1988, Kilgus was even discussed with some of the top young arms. And there were flashes of brilliance.

On May 21, Kilgus retired the first 21 batters, before giving up a hit in the eighth, settling for a complete-game one-hitter. Then, on Aug. 26, Kilgus tried again, pitching 6.2 innings of perfect ball, giving up two hits over 8.2 innings.

But for all his success, the Rangers had other plans for Kilgus, plans that would get them Rafael Palmeiro and Jamie Moyer. The Rangers sent Kilgus, Mitch Williams and four others to the Cubs that December for Palmeiro, Moyer and another player.

With the Cubs, Kilgus went 6-10, starting 23 games and posting a 4.39 ERA. But the Cubs got frustrated with him over the summer, sending him down in August, only to recall him when the Cubs were desperate for a starter, according to the Chicago Tribune.

"It's night and day," Kilgus told The Tribune. "I don't know how I've changed. There was something wrong, but I've straightened it out."

It was enough for his hometown to hold Paul Kilgus Day that October. It was also enough for the Cubs to ship him to the Blue Jays that December. The Blue Jays then sent Kilgus to the Orioles the next. He made the big club both years.

Then the lefty moved on to the Cardinals system for 1992, not making St. Louis until 1993. In 22 games for the Cardinals, Kilgus had a 0.93 ERA. But it was his last year in the majors. A sore shoulder lingered, finally ending his career. The lefty could no longer throw strikes.