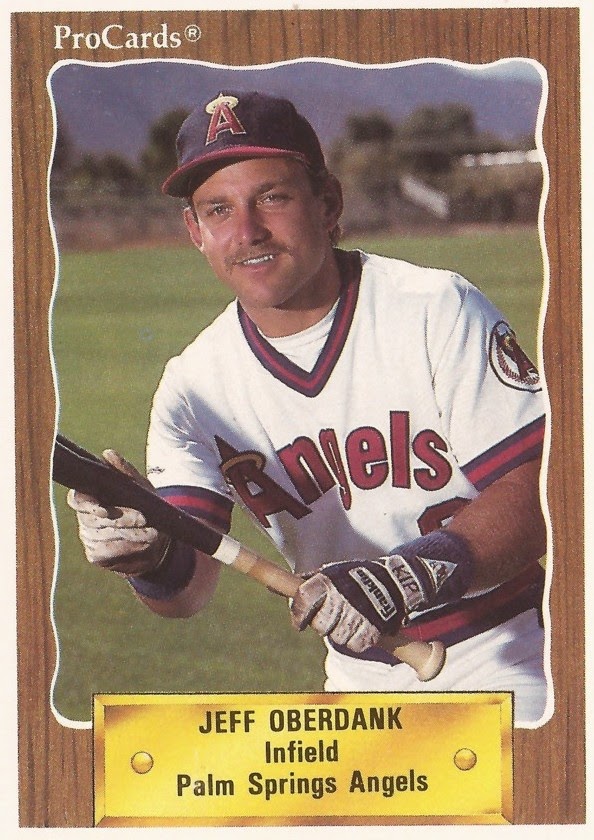 Jeff Oberdank tried to be a big hitter in college. What he needed to be, his coach at UC Irvine told him according to The Los Angeles Times, was to be a little hitter.

The 5-foot, 8-inch Oberdank took the advice, The Times wrote, and he started to hit.

"I told him to use his assets," Irvine coach Mike Gerakos told The Times in March 1988. "He has a small strike zone, and he needs to take advantage of it and stop helping pitchers by chasing pitches outside the strike zone."

Oberdank took that new hitting approach from Irvine to the pros. His pro career lasted four seasons. He made high-A, but never made it higher.

Oberdank's professional career began in 1988, taken by the Angels in the 24th round of the draft out of Irvine.

"I am finally using my abilities properly, rather than trying to be a home run hitter," Oberdank explained to The Times about his success. "Now I try to drive the ball in the alleys, and use all the field rather than trying for power."

With the Angels, Oberdank started at short-season Bend. He went 3 for 4 in a June game. He knocked in a run on a single in a July game. He hit .246 over 71 games.