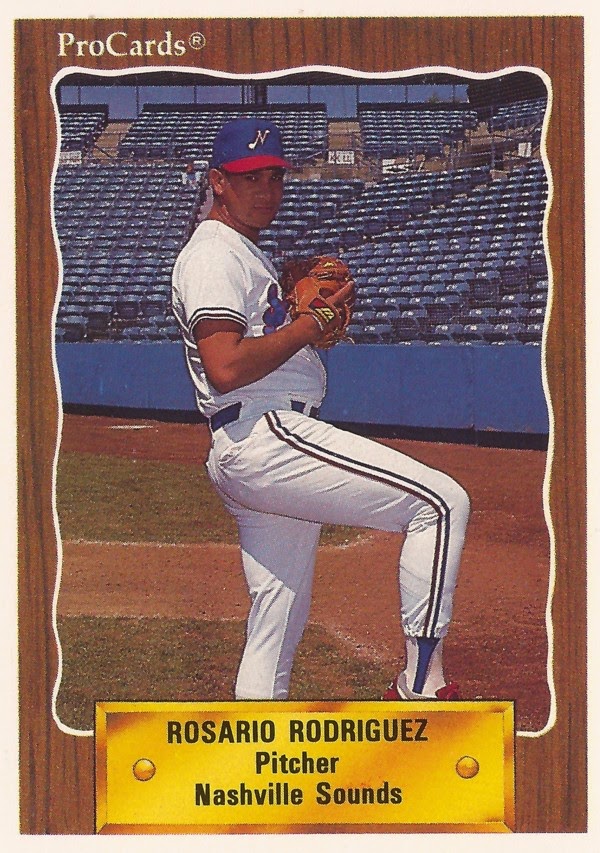 The Pirates were heading down the stretch in 1991, but the bullpen wasn't been performing, according to The Washington Observer-Reporter.

One of the pitchers the Pirates should consider for the closer role, Observer-Reporter columnist John Sacco wrote: Rosario Rodriguez.

"He's very nasty for left-handed hitters to handle," Sacco wrote in The Observer-Reporter, "and he has proven in his short stay in the majors he can get key outs."

Rodriguez already had two saves by that point. He went on to pick up four more as the Pirates won the division. Only one bad outing caused his ERA to balloon.

Rodriguez was in his third season with time in the majors that year. Injuries and other problems meant he didn't get back.

Rodriguez' career began in 1987, signed by the Reds as a free agent out of his native Mexico.

Rodriguez started in the rookie Gulf Coast League. He had a 3.08 ERA there. He played 1988 between single-A Greensboro and single-A Cedar Rapids. He had a 2.79 ERA that year.

Rodriguez made AA Chattanooga for 1989. That September, he got a call-up directly to Cincinnati. He got into seven games with the Reds, 4.1 innings of work. He gave up two earned.

Rodriguez returned to Cincinnati for another nine relief outings in 1990, giving up seven earned in 10.1 innings. He played the rest of the year at Chattanooga and AAA Nashville.

Rodriguez moved to the Pirates for 1991, taken off waivers. He played most of the year at AAA Buffalo. He got his call up to Pittsburgh in August.

Rodriguez got into 18 games through the end of the season. He gave up seven earned in 15.1 innings of work. Six of those earned runs came in one Sept. 27 inning against the Expos. Before that inning, Rodriguez' ERA had sunk to 0.73.

Rodriguez made the playoff roster, but got into a single game. He gave up three earned in an inning of mop-up work in Game 3 of the NLCS. It was his final game in the majors.

Rodriguez returned for 1992, but was hampered by bursitis out of spring training. He played in just four games that year at Buffalo. He tried a return in 1993, but claimed visa programs made him late. He also came in overweight. His affiliated career was soon over.