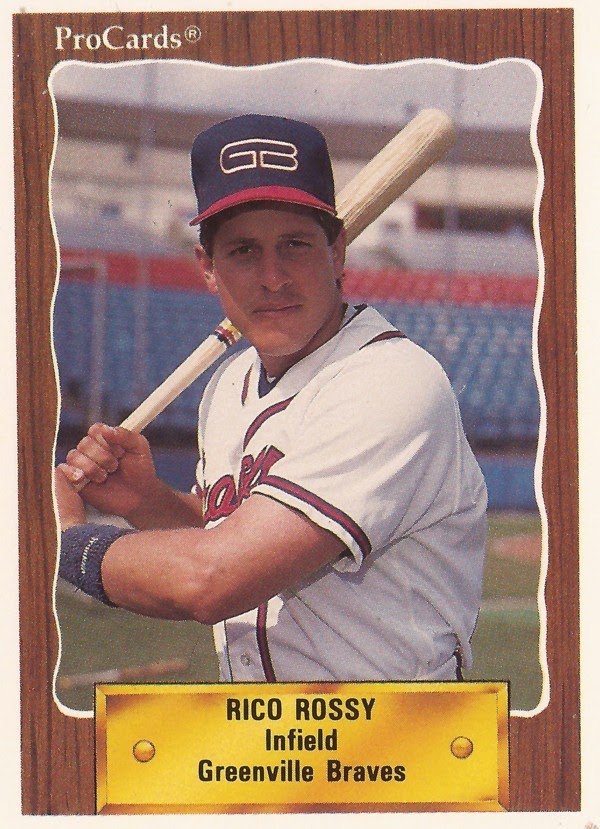 Rico Rossy made the Royals opening day roster in 1993, but he knew his fortunate was someone else's misfortune, Rossy told The Associated Press.

Rossy was a late switch to the roster, sending another player back to AAA, The AP wrote.

"I don't understand why it happens," Rossy told The AP. "I just understand my job is as a backup kind of player. Once you understand what your job is, it's easy."

Rossy's career began in 1985, taken by the Orioles in the 33rd round out of Purdue University.

Rossy started at short-season Newark. He hit AA Charlotte in 1986 and returned there in 1987. He moved to the Pirates and AAA Buffalo in 1988.

After making AAA in 1988, though, it took Rossy until 1991 and a moved to the Braves system to get his first look at the majors. That spring in 1991, Rossy won a game on a single.

"I'm getting a chance to play a lot," Rossy told reporters after that March 1991 win. "I'm just very happy. It's my first big league camp, and I'm trying to make the best of it."

Rossy made his major league debut that September. He got into five games, getting one at bat and striking out.

Rossy then didn't return to the majors until 1998. In the meantime, Rossy played at AAA in the Royals, Padres and Expos systems. He arrived in the Mariners system for 1998, returning to the majors that June.

"It's nice to be here helping out a little bit," Rossy told The AP after his call up. "I wish I could do more at the plate but I'm here for defense mainly and anything else is just a bonus. I'm here to catch the ball."