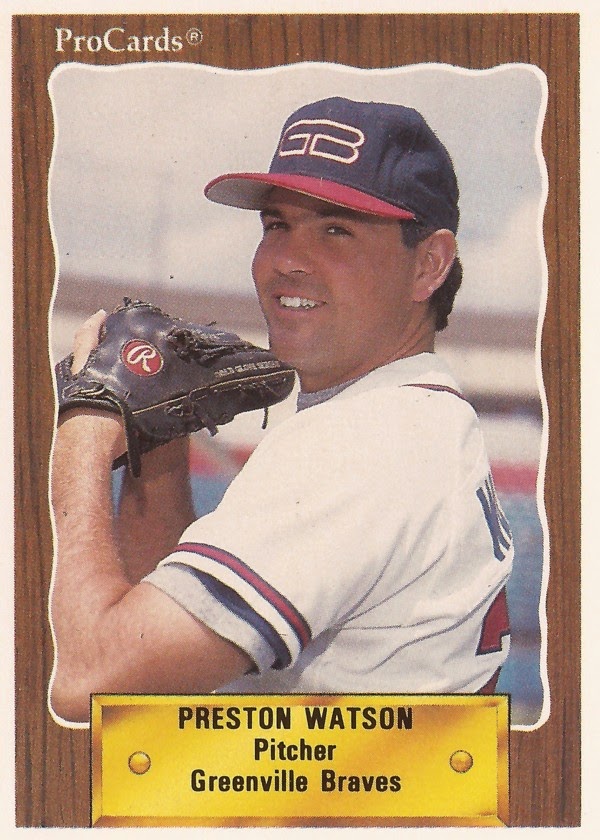 The Braves picked up Preston Watson in the third round of the 1988 draft and team general manager Bobby Cox thought that was a steal, according to The Associated Press.

"He throws 90 mph, plus he has a heck of a slider," Cox told The AP. "I think we'll let him start in Greenville, then try him in the bullpen in the Instructional League. To me, he's like another first-rounder."

Watson arrived with the Braves after success at the University of Texas. Success in the pros, though, didn't come as Cox or Watson had hoped. Watson went on to play in five seasons. He never made AAA.

Watson's career began that year in 1988, taken 60th overall by the Braves out of Texas.

At Texas, Watson went 8-2, with a 4.90 ERA in 1988. He also won Southwest Conference All-Tournament honors that year.

Longhorns coach Cliff Gustofson had confidence in Watson, as well as teammate Kirk Dressendorfer, according to Knight-Ridder Newspapers.

"Dressendorfer will pitch in the big leagues," Gustafson told Knight-Ridder. "So will Watson, who could get there real soon."

Watson got eight outings, one start, with AA Greenville that first season. He also got nine outings, eight starts, at single-A Durham. Between them, he went 3-4, with a 5.84 ERA.

He played 1989 between Durham and single-A Burlington. He had a 1.50 ERA in 19 outings at Durham, but a 4.46 mark in 14 starts at Burlington. He picked up a nine-inning loss for Burlington in May, giving up three runs in the 3-1 defeat.

Watson returned to Greenville for 1990, getting 11 relief outings there. He spent the majority of the season at Durham, amassing 10 wins there and a 2.42 ERA.