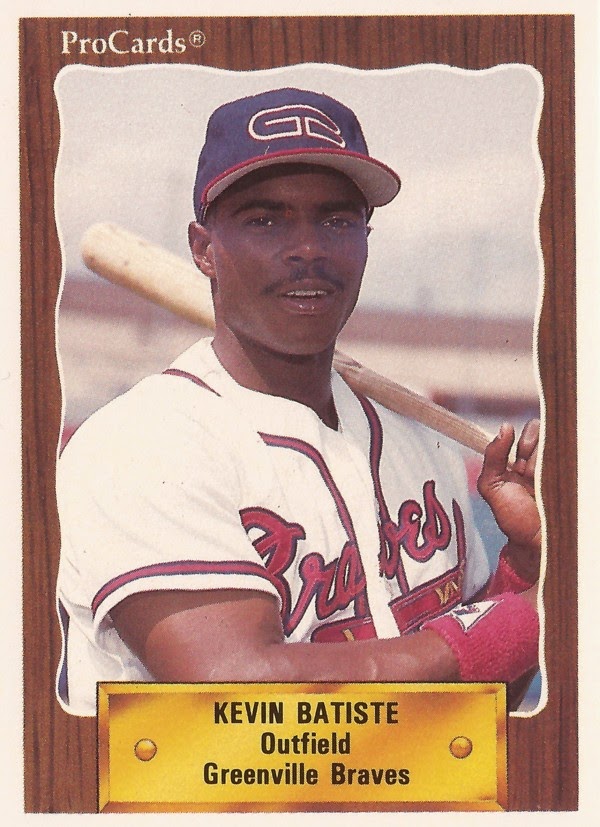 Kevin Batiste pointed to both his maturity and his previous immaturity in a 1991 interview with The Houston Daily Cougar.

His maturity referred to his then role as a free safety on the University of Houston football team - a 25-year-old former major league baseball player free safety, according to The Daily Cougar.

His immaturity came at what turned out to be the end of his brief major league career, when he was arrested at the Oakland International Airport for carrying a gun in his checked bags.

"I was immature," Batiste told The Daily Cougar. "I should have never had that gun."

Batiste spoke to The Daily Cougar two years after that incident and a year after he played his final professional baseball game.

His pro baseball career lasted a total of six seasons - his major league career all of six games.

Batiste's baseball career began in 1985, taken by the Blue Jays in the second round of the draft out of Ball High School in Galveston. Texas.

Batiste chose baseball over a college football career at Southern Methodist University, according to his hometown Galveston Daily News.

"I feel all right," Batiste told The Daily News about making the majors. "It's up to me as to where I'll play. If I play well starting off, I can make it a lot faster. It's all up to me and how well I play."

Batiste started with the Blue Jays at rookie Medicine Hat. He hit .248 in 70 games. He moved to single-A Ventura County and single-A Florence in 1986, then single-A Dunedin in 1987.

Batiste returned to Knoxville for 1989. That June, Batiste made the jump to Toronto. Batiste debuted June 13. He got into six games, with eight at bats. He got two hits.

Sent back to Knoxville, Batiste went through the Oakland airport. In his checked bags was a gun. It was also stolen. Blue Jays manager of team travel John Brioux told The Associated Press Batiste said he didn't know the gun was stolen.

"I don't want people thinking I stole that gun," Batiste told The AP. "It was given to me by a friend - a good friend. I guess he didn't think I'd get hurt by it."

Batiste finished out the season back at Knoxville. He moved to the Braves for 1990, playing the season at AA Greenville. It was his final season as a pro.