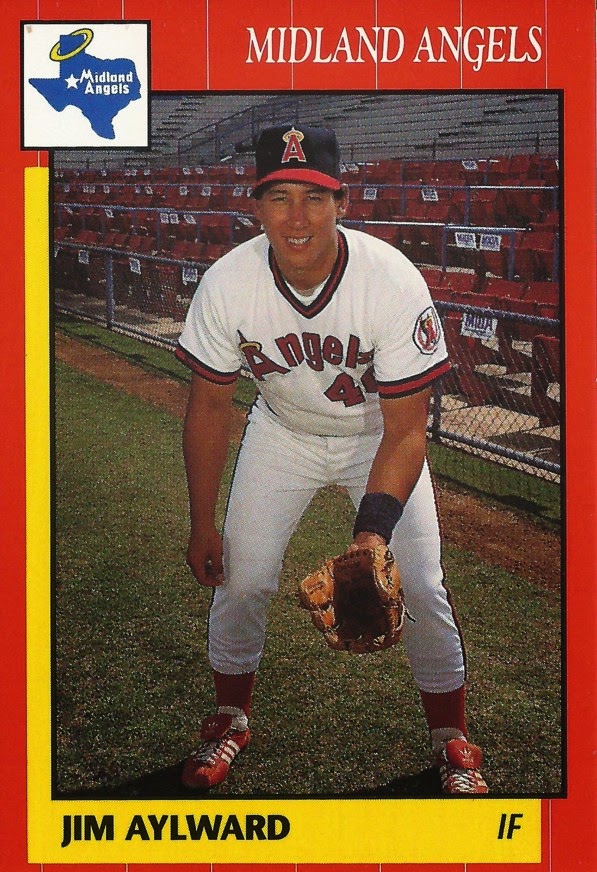 Jim Aylward's Grand Canyon team routed its opposition to get to the 1986 NAIA championship game and Aylward was right in the middle of the scoring.

Aylward hit two home runs in the 20-7 Grand Canyon victory, according to UPI. He also hit a double.

Aylward went on from Grand Canyon to turn pro and make AA. He also went on to play two seasons overseas in Taiwan. He never made the majors.

Aylward's career began in 1987, signed by the Phillies as an undrafted free agent out of Grand Canyon University in Arizona.

Aylward started with the Phillies at short-season Bend. He hit .261, with four home runs. He doubled and scored in an August game. He went 2 for 4 with a home run in another August contest. In early September, he was mentioned among the team's possible prospects.

He moved to the Angels and single-A Reno and single-A Quad City in 1988. He hit .266 between them, with seven home runs.

He then made AA Midland in 1990, getting 69 games there, with a .263 average. He played the rest of that year at high-A Palm Springs. It was his final year in the Angels system.

Aylward then made the big jump, across the Pacific Ocean to Taiwan. Aylward played two seasons there with the Wei Chuan Dragons. He hit .305 his first year and .274 his second. He also played in the 1991 Taiwan Series.

Aylward played one more season in Mexico for Tabasco, ending his career.

Aylward has since stayed involved in baseball, serving as a hitting instructor for Sluggerz Baseball in California. He's also served as a coach at the University of Nevada and in high school.