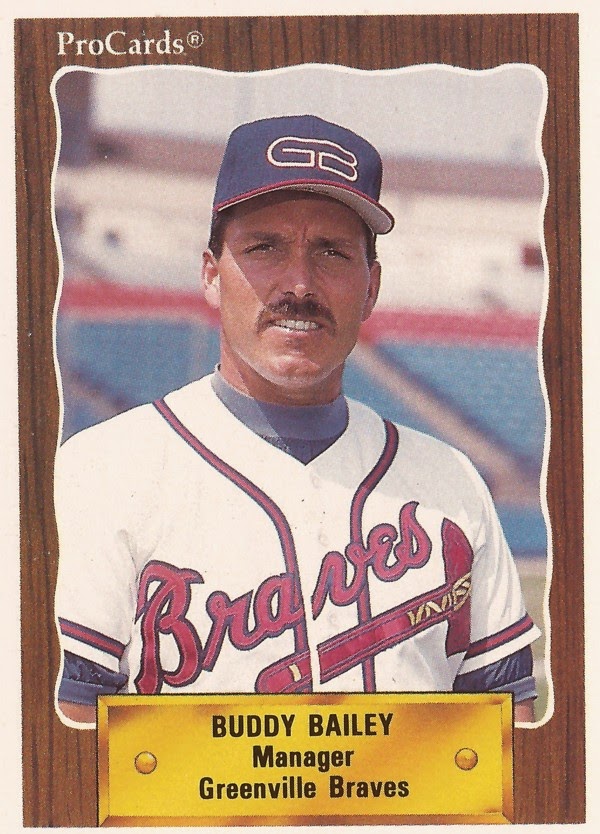 Buddy Bailey believed his team could do better and he knew exactly how, he told The Sumter Daily Item in June 1987.

His single-A Sumter Braves needed to focus on winning close games, he told The Daily Item.

"That's one thing we need to do," Bailey told The Daily Item. "We've got to make that one more pitch, catch that one more grounder, get that one more hit, move that runner up another base. That's what championship teams do."

Bailey was early in his managerial career that year. He has since gone one to a managerial career spanning three decades. He's since helped send champions on to the majors in both the Braves and the Red Sox systems.

He's continuing that work in the Cubs system, trying to send players to Chicago who can win a championship there.

Bailey's long career in baseball began as a player in 1979, taken by the Braves in the 16th round of the draft out of Lynchburg College in Virginia.

Bailey's playing career lasted four seasons. He started at rookie Kingsport. He topped out with six games at AA Savannah in 1982.

He started his managerial career in 1983 with rookie Pulaski. He moved to Sumter in 1985. Sumter player Philip Wellman, a future minor league manager himself, gave Bailey the manager some early praise to The Daily Item.

"Buddy is the second best motivator I've ever played for," Wellman told The Daily Item that May. "He ranks right behind my dad and dads have their own way of motivating."

Bailey moved to AA Greenville for 1988, staying there for three seasons. For 1991, he arrived in the Red Sox system, managing at high-A Lynchburg. It was AAA Pawtucket for 1993.

Bailey managed at Pawtucket for the majority of the next decade. In 2000, he served as bench coach in Boston. In 2004, Bailey sent Kevin Youkilis on his first trip to the majors, asking Youkilis if he had his passport because the big league club was in Toronto, according to The Boston Globe.

"I can't tell you who he reminds me of," Bailey told The Daytona Beach News-Journal that June, "but he's got a very, very high ceiling."