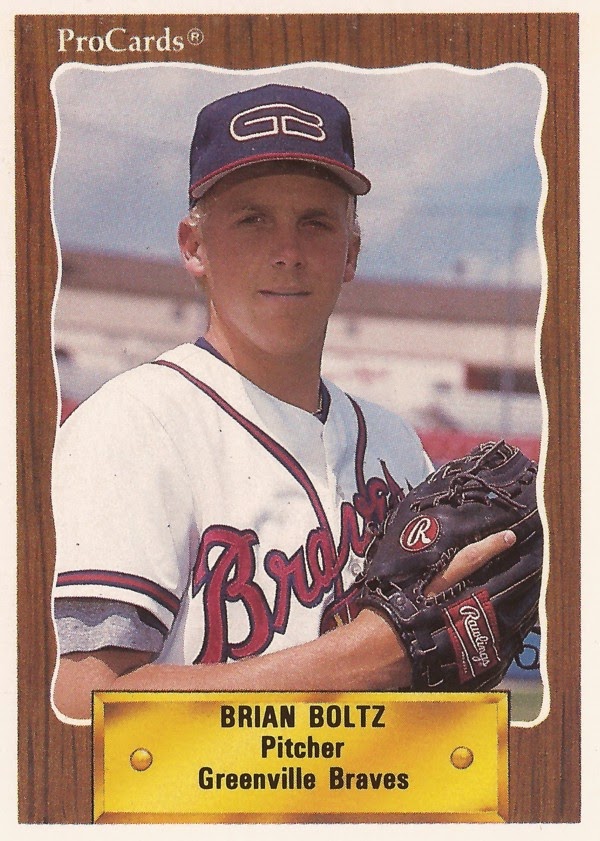 Brian Boltz pitched well enough in college to be taken by the Braves in the second round of the 1989 draft by the Braves.

Helping the pitcher do that, he told The Salisbury Post years later, was former major leaguer Bob Shaw who showed him a new grip.

"The advice he gave me allowed me to stop working around hitters and start going after them," Boltz told The Post in 2013 as he was inducted into a local hall of fame in North Carolina.

Boltz used that new grip to make himself a high draft pick. But he couldn't use it to get a long career. Boltz played in just three pro seasons, injuries shortening his career.

Boltz' career began that year in 1989, taken by the Braves 57th overall out of Catawba College in North Carolina.

In North Carolina, Boltz earned respect in American Legion ball, credited with either 24 or 25 strikeouts in one game. Going into the 1986 legion playoffs, a rival coach gave Boltz that respect before the game.

"We have to hit Boltz," that coach Frankie Goss told The Lexington Dispatch that July. "I feel like we match up with them defensively, and we have good pitching of our own. But we have to get to Boltz."

Boltz then went on to Catawba. He earned first-team All-American honors in 1988. He had a career 23-7 record and struck out 147. He was inducted into the school's hall of fame in 2004.