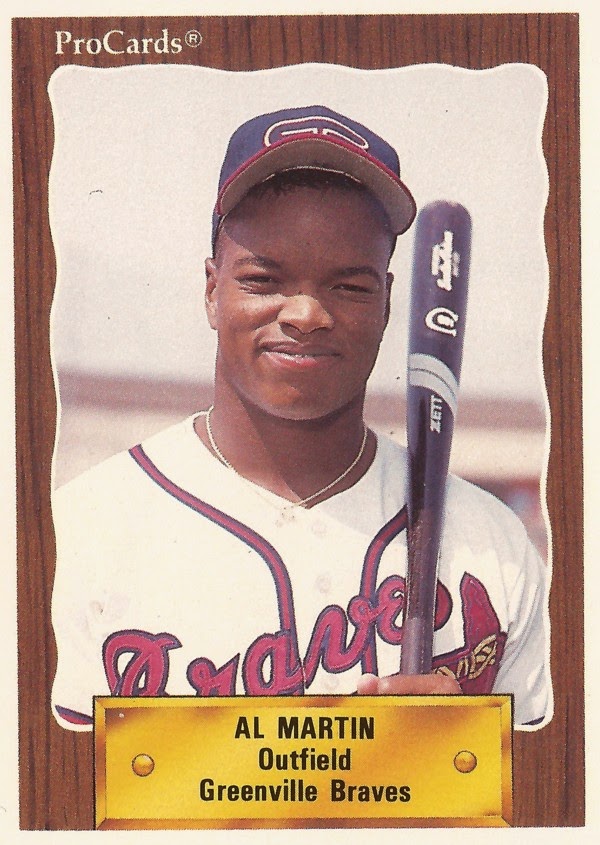 The Pirates went through a lot of changes going into 1997, but Pirates owner Kevin McClatchy was content in a change that wasn't made, according to The Beaver County Times.

"He's a leader," McClatchy told The Times, "the kind of player who will set a good example to our young guys. And he is also an outstanding person, someone who truly cares about his city, his team and his community."

The Pirates were the team who initially brought Martin up to the majors in 1992. They were also the team he stayed with as a regular through 1999.

Martin's professional career began in 1985, taken by the Braves in the eighth round of the draft out of Rowland High School in California.

Martin started with the Braves in the rookie Gulf Coast League. He moved to single-A Sumter in 1986 and single-A Burlington in 1988. He first made AA Greenville in 1990, then hit AAA Richmond in 1991.

Martin was one of the guys who took over left field from Barry Bonds when Bonds left town. Martin told The Pittsburgh Post-Gazette he tried not to look at it that way.

"I look at it as a job that's open," Martin told The Post-Gazette, "and it just so happens Barry Bonds is the one who vacated it. Hopefully, I can start a name for myself."

Martin did change clubs for 2000, the Padres hoping he'd bring his leadership abilities along with him. Instead, he became embroiled in domestic violence and other allegations. He later entered a provisional guilty plea to a count of domestic violence.

After not playing in 2002, Martin returned for one final season in 2003 with the Devil Rays. His baseball career ended in 2004, with a season in Korea.

With the Devil Rays, Martin used his leadership skills one last time. He worked with teammates Rocco Baldelli and Carl Crawford, according to The St. Petersburg Times.