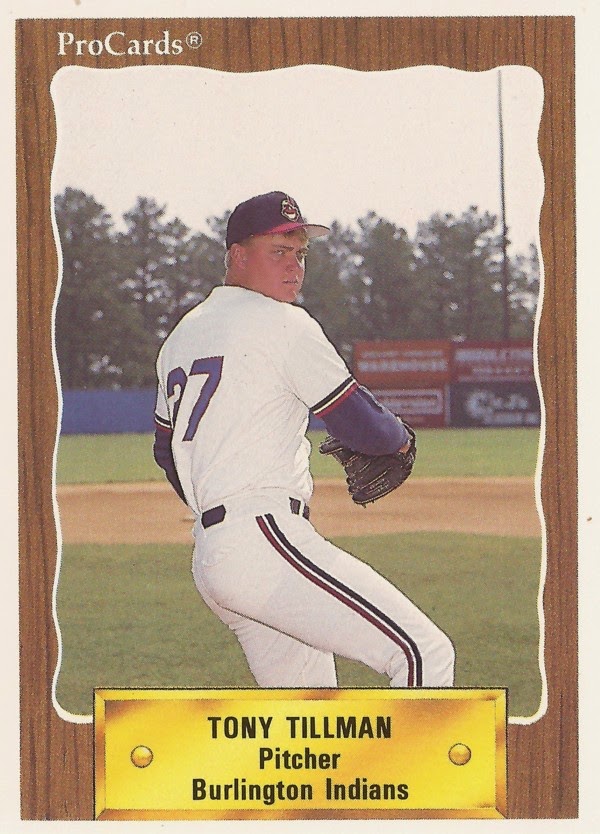 The scout that signed Tony Tillman had high praise for the young left-hander later that summer, according to The Wilmington Star-News.

The scout, Roy Clark, told The Star-News, he didn't see a minor leaguer in Tillman. He saw more.

"I wouldn't have drafted him if I didn't think he has major-league potential," Clark told The Star-News. "I don't draft players as fill-ins."

Tillman was in his first pro season that summer, playing for the Indians at rookie Burlington. He never ended up making the majors, or even really being a fill-in. He played two seasons in rookie ball, never making it higher.

Tillman's career began in 1989, taken by the Indians in the 27th round of the draft out of Wilmington. Tillman has also been credited as Tommy Tillman.

At Wilmington, Tillman remains on the dubious list of most wild pitches. He had 11 in 1988, tied for sixth all-time at the school.

Tillman held Rhode Island scoreless in a March 1987 game over three innings, earning his first save of that year. In a February 1989 game, Tillman walked seven and gave up five hits in a game Wilmington went on to win.

Tillman played his 1989 season with the Indians at Burlington. He got into 10 games, starting nine. He ended with an ERA of 4.06.

He moved to relieving at Burlington in 1990, telling The Star-News he was ready to accept whatever role the Indians had for him. In early July, though, he hoped for a role at a higher level.

"I'm ready to get out of here, though, and move on to bigger and better things," Tillman told The Star-News. "Whenever they are ready to move me up, I'm ready."