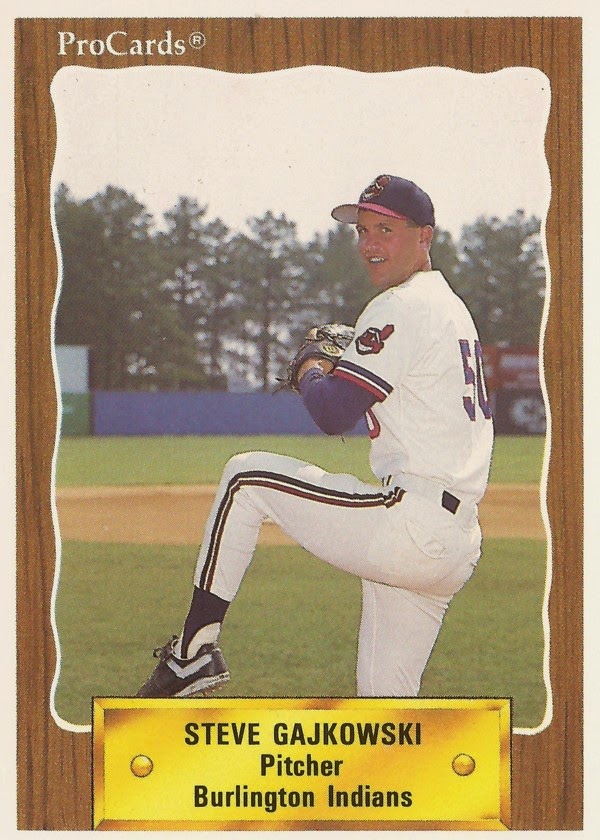 Steve Gajkowski was starting his ninth professional season in April 1998. He had also not yet reached the majors.

"If it happens, it happens," Gajkowski told The Sun. "There's always hope."

For Gajkowski, there was hope. And it happened the very next month. Gajkowski was called up to Seattle, his home state team.

In that ninth pro season, Gajkowski eventually got into nine major league games.

Gajkowski's pro career began in 1990, taken by the Indians in the 18th round of the draft out of Bellevue Community College in Washington.

He played his first season at rookie Burlington. He got into 14 games, starting 10. He posted a 4.10 ERA.

Gajkowski made short-season Watertown and single-A Columbus in 1991. He moved to the White Sox system in 1992, making AA Birmingham in 1994.

It was in mid-May 1998 that Gajkowski got his call up to Seattle. He debuted May 25 with a scoreless inning of work against Baltimore. His first batter: Cal Ripken Jr.

"When I got on the mound, I saw who it was," Gajkowski told The Sun. "It was real exciting and nerve-wracking. The blood was pumping. It was fun."

Gajkowski got him to pop out foul. Gajkowski stayed in Seattle through early June. He then returned to the bigs for his second stint in September.

Overall, Gajkowski got into nine games. He gave up seven earned over 8.2 innings of work. That marked the extent of his major league career.

Gajkowski returned to the minors for two more seasons. He played with the Cubs at AAA Iowa in 1999 and with the Athletics between AA Midland and AAA Sacramento in 2000, ending his career.