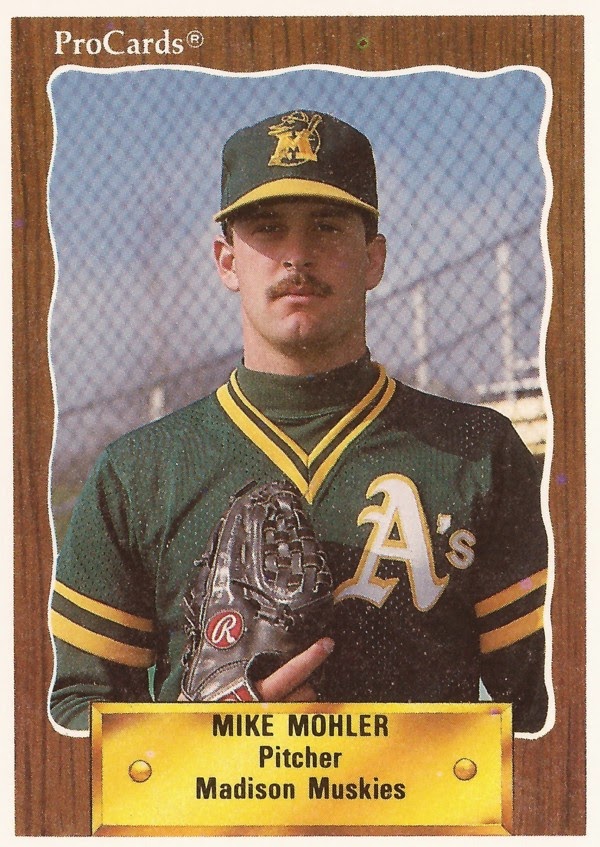 Oakland reliever Mike Mohler earned this victory in this July 1993 game by going two innings without giving up a hit, according to The Associated Press.

This win was also the rookie Mohler's first in the majors.

"I figured I'd get it sometime during the year," Mohler told The AP afterward. "As a reliever, wins and losses aren't the big thing. I just happened to be in the right place at the right time."

Mohler went on to play in a total of nine major league seasons. In one of those seasons, though, his win total, or more accurately his loss total, visibly got to him.

By the time he was done, though, Mohler had seen time in 347 major league games and had a career ERA of 4.99.

Mohler's career began in 1989, taken by the Athletics in the 42nd round of the draft out of Nicholls State University.

Mohler played just a single game for Oakland in 1994. He spent the rest of his time recovering in the minors from shoulder surgery.

According to The San Francisco Chronicle, it was during his recovery that he got to watch other left-handers on TV, seeing how they set up hitters. He incorporated that approach into his game.

"It was big," Mohler told The San Francisco Examiner after that game. "It doesn't make up for what I did yesterday, but it puts it a little further behind me."

He took his 10th loss in late August. Afterward, a frustrated Mohler was described by The AP as storming out of the clubhouse.

"Mike's had a tough year," Oakland Manager Art Howe told The AP. "He just can't seem to buy a break."