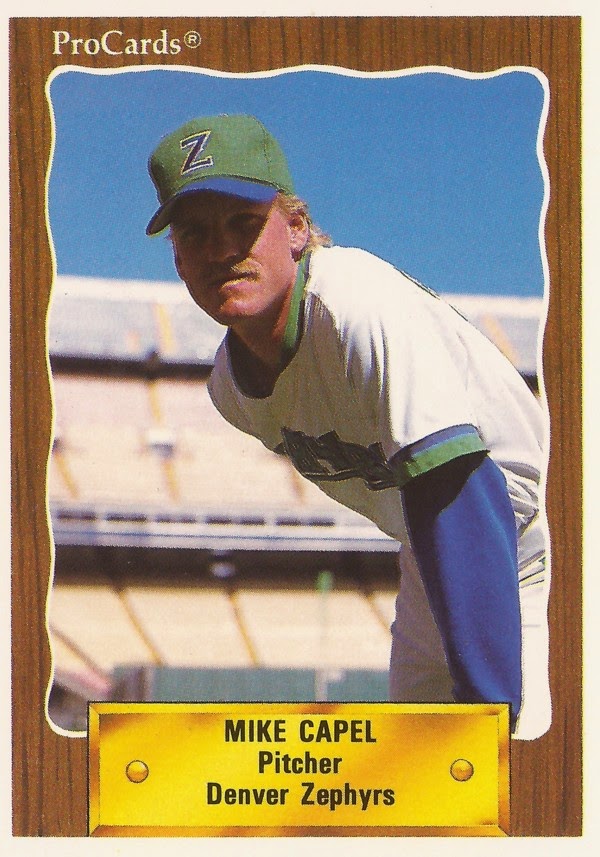 Mike Capel's day was quick in that June 1991 game. The result, though, was his first major league save.

Capel, only up on this trip to the majors for a week, came on with two outs in the ninth inning, setting Kevin McReynolds down on strikes to end the game.

"I just go in, try to be aggressive and see what happens," Capel told The Houston Chronicle. "This has been kind of a strange week. I've never been in this situation (saving games) up here before. I'm trying to adjust the best I can."

Capel went on to save two more games for the Astros. The three big league saves ended up being his only ones in the majors. That year would also be his last of three seasons with time in the bigs.

Capel's career began in 1983, taken by the Cubs in the 13th round of the draft, out of the University of Texas at Austin. The Cubs selected Capel after he went 12-1 for the Longhorns by late May.

Capel played that first year between single-A Quad Cities and AA Midland. He split time between the two levels again in 1984, going between Midland and single-A Lodi.

Capel then spent two full seasons at AA, at Pittsfield. His second full season there, in 1986, Capel got into 38 games in relief, posting an ERA of 1.87.

Capel picked up his first major league loss in June, against the Mets. Figuring into Capel's first loss was the same player that figured into his first save three years later, Kevin McReynolds. Capel gave up a walk-off home run to McReynolds in the bottom of the 13th.

Capel returned to the minors for 1989, getting into 64 games at Iowa. For 1990, Capel signed with the Brewers as a free agent. He spent most of that year at AAA Denver. He did get into two games for Milwaukee, recording just one out. He also gave up five earned runs, resulting in a technical ERA of 135.

In the game before that first save, Capel picked up his first of his three losses on the year. He did so by giving up a home run to Howard Johnson.

"It wasn't as good as I wanted, but it wasn't terrible," Capel told The Chronicle. "I wanted to throw a fastball away, and it just wasn't away enough."

Capel continued pitching at AAA Tucson through 1993, ending his career.