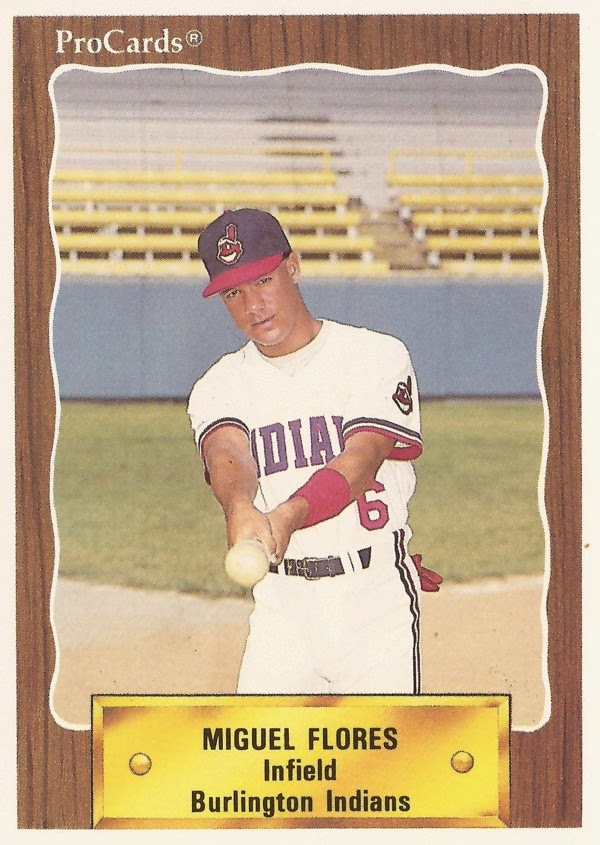 Miguel Flores' Monterrey Sultanes had a big game in March 2008 and Flores was sure the team would be up for it, he told MLB.com.

The big game was an exhibition game against the Arizona Diamondbacks at the end of spring training.

"We have not slept much but the game makes you forget. It gives you energy," Flores told MLB.com. "We all forget how tired we are when the game starts. Ask me again when the game is over."

Flores that year was 19 years into his professional career, with much of that time spent in Mexico. He made AAA in the minors. He never made the majors.

Flores' career began in 1990, taken by the Indians in the 23rd round out of Laredo Community College in Texas.

Flores started with the Indians at rookie Burlington. He hit .250 in 57 games. He moved to high-A Kinston in 1991. He knocked in a run on a triple in a July game.

He gave Canton-Akron a lead on a single in an April 1993 game. He knocked a three-run double in another game that month.