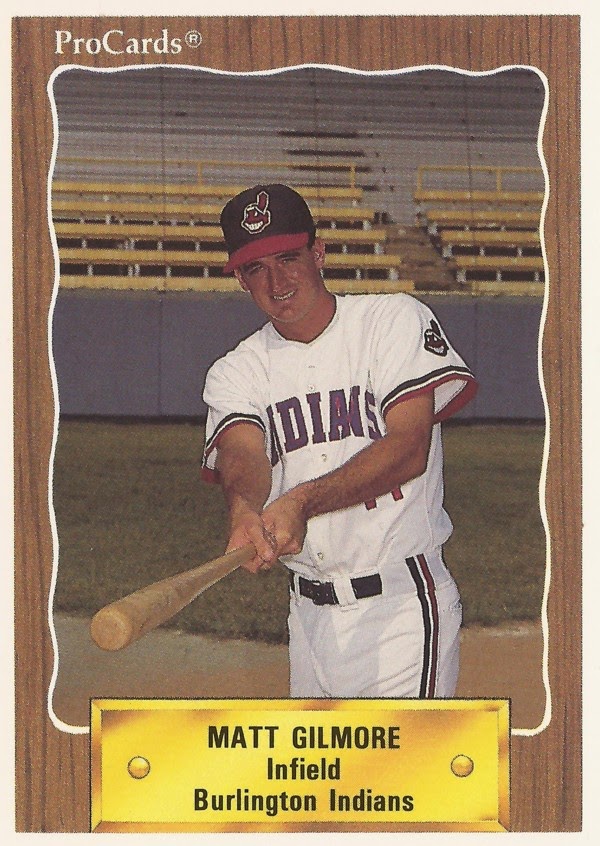 With everything done, Gilmore and his teammate were ready to move on from the ordeal, according to The Times.

"We just want to forget about all of it--the disagreements, the hassles," Gilmore told The Times. "We're both really excited about this season. More excited than we've ever been before about a baseball season. Both of us think it's been worth it."

For Gilmore, that season worked out with a pro contract. His pro career, though, was limited by injuries. He saw time in just two seasons.

Gilmore's career began in 1987, taken by the Blue Jays in the six round of the draft out of Reseda High School in California.

At Reseda, Gilmore hit .385, getting the notice of the Blue Jays.

Gilmore played his first season between rookie Medicine Hat and short-season St. Catharine. In 47 games, 46 at Medicine Hat, Gilmore hit .250, with one home run and 18 RBI.

Then, in December 1989, the Indians saw enough in Gilmore to take him in the minor league draft.

He played the 1990 season between rookie Burlington and high-A Kinston. Over 49 games, he hit .216. It was his final season as a pro.

Gilmore has since gone on to be a baseball instructor. He's served two decades coaching both baseball and softball

"It’s my true passion to help the kids get to the next level," a listing for Gilmore's services reads. "I believe the best way to achieve that is to make sure they’re all enjoying themselves during the process."