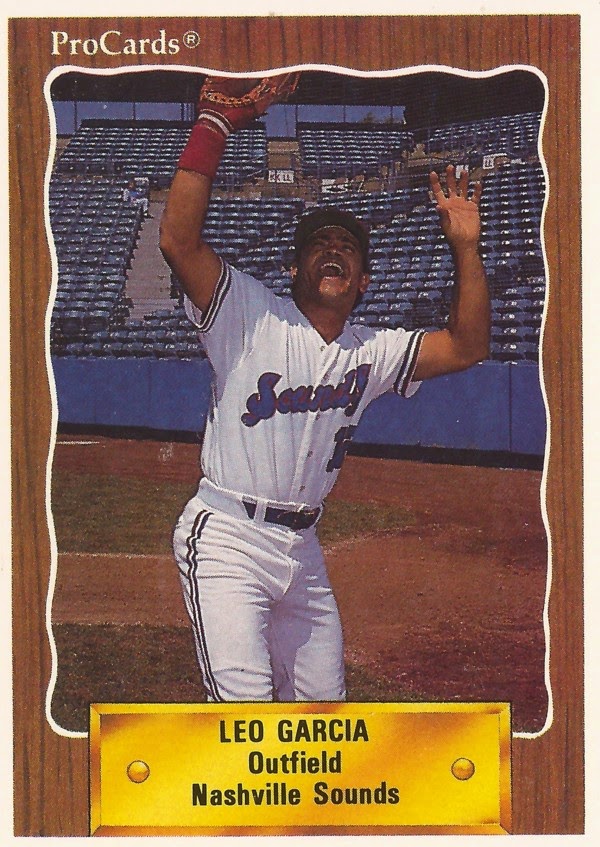 When Leo Garcia made his debut for the Reds in April 1987, he got the run home, lifting a fly ball to left for a sacrifice.

It wasn't his first hit, but it was good enough for some high-fives. If he could reach. Taller teammate Dave Parker went on tip toes, putting the target out of reach, amusing manager Pete Rose.

"Funniest thing I ever saw," Rose told The Los Angeles Times the next month.

While Rose was unimpressed with Garcia's high-five skills, he was impressed that spring with Garcia's defensive abilities. Garcia made the team that spring, despite the Reds being continually flush with outfielders.

The abundance of outfielders was something Garcia tried not to think about.

"When I got here, I just got my mind on working hard and trying to make the team," Garcia told the Associated Press.

Garcia was originally signed seven years earlier out of his native Dominican Republic by the White Sox. He spent two seasons at single-A Appleton before being traded to the Reds in September 1982.

For 1988, Garcia returned to Cincinnati for another 23 games, posting a lower batting average of .143. It was his final time in the majors.

More recently, Garcia has been serving as a coach in the Dodgers organization for the club's rookie teams. For 2015, he's listed as coaching at AA Tulsa.